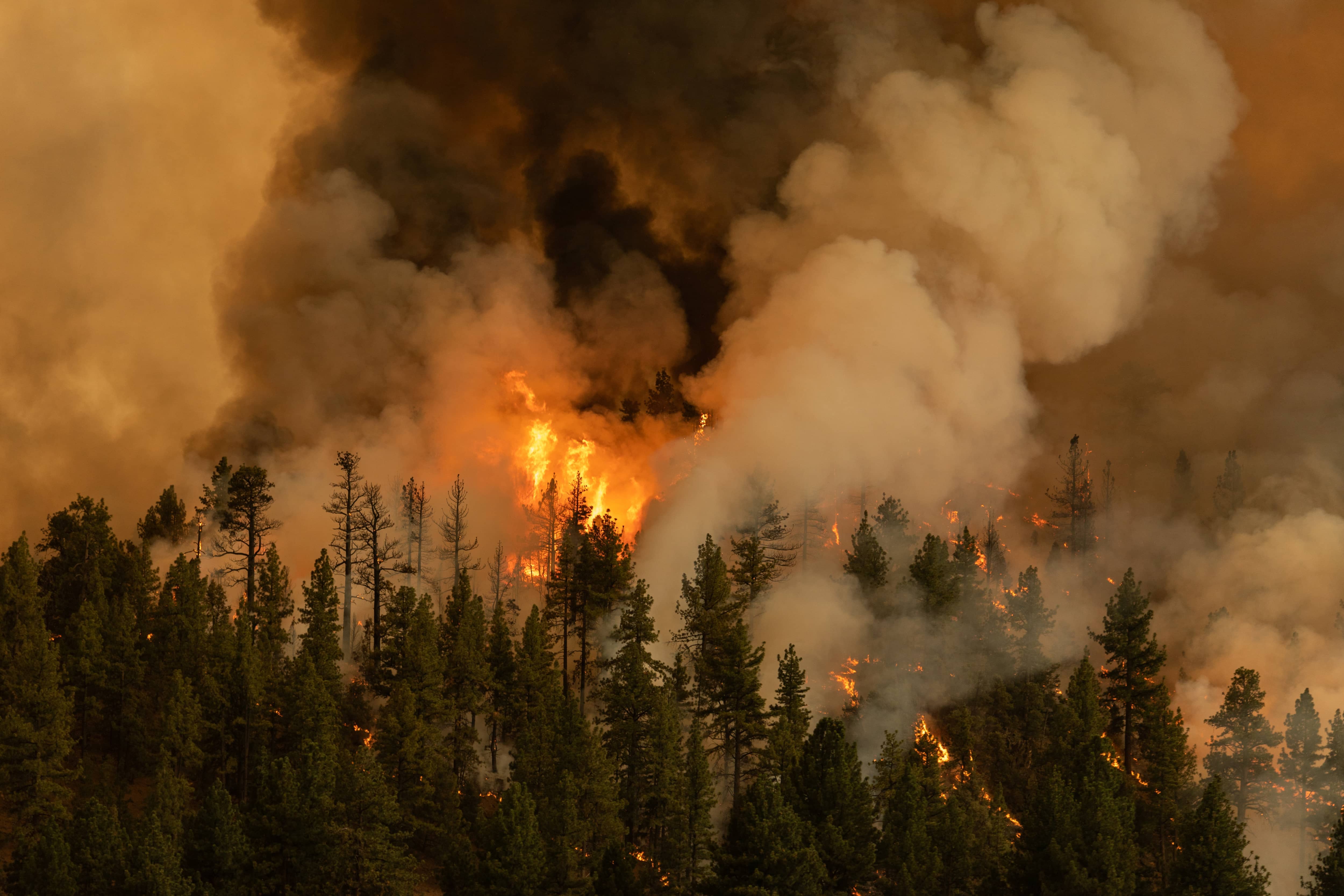 Fire officials said Sunday that California’s Dixie Fire — the largest active blaze in California — has destroyed 16 structures throughout the state as multiple wildfires continue to burn on the West Coast.  According to the California Department of Forestry and Fire Protection, more than 10,700 structures in Butte and Plumas Counties remain threatened by the Dixie Fire as it has grown to 190,625 acres and is just 21% contained

Officials deployed 5,022 fire personnel to combat the fire, but weather conditions have made efforts difficult.  The U.S. Forest Service said in a statement: “Atmospheric conditions are less stable and therefore large pyrocumulus clouds are expected to develop over the fire increasing the potential for spot fires and rapid fire growth.”

Firefighters in Oregon worked to improve containment on the Bootleg Fire, the largest active blaze in the United States, increasing containment to 46% as the blaze has burned 408,930 acres. Joel Hessel, incident commander for the Oregon Department of Forestry Incident Management Team said: “The progress that we have made is due to the continuous, vigilant work by our crews. Severe fire weather conditions and extremely dry fuels continue to challenge us on this fire.”